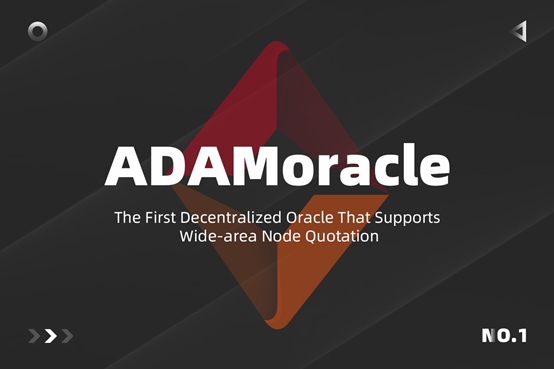 ADAMoracle is a distributed wide-area node oracle network that implements cross-chain and provides quotation services based on hardware servers. It’s able to connect thousands of hardware servers as price-feeding nodes to ensure data encryption and security. Realize thousands of nodes to jointly develop ADAMoracle into one of the important members of the global DeFi ecosystem.

The purpose of ADAMoracle is to build a safe, credible, accurate, decentralized oracle network that prevents attacks, and can be self-maintained. It replaces traditional oracles with Turing intelligence and builds a distributed wide-area node oracle into Web3.0. Network ecosystem.

In the future, ADAMoracle wide-area nodes will be spread all over the Middle East, Europe, Asia and other major regions. At that time, we will see many miners from five continents and ADAMoracle jointly build a Web3.0 distributed wide-area node oracle network ecology! Global miners and ADAMoracle will jointly shoulder the mission of building a global decentralized oracle ecosystem.

On September 7, 2021, Our token ADAM officially launched the decentralized exchange DODO. Investors and early miners can participate in the transaction. Once the project was launched, it immediately aroused widespread heated discussions among the community and participants. A large number of users have doubts about the economic model with ADAM. For this, we will conduct a detailed analysis of ADAMoracle’s token distribution and unlocking mechanism.

ADAM is a token that ADAMoracle rewards for the number of places. It is the value core of the ecosystem. It’s the value contribution of the source ecosystem component. ADAM will be issued 100 million in total, the quantity will never increase. Please refer to the following picture: 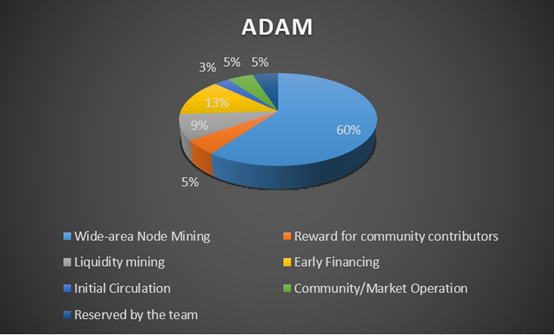 4. [Early Investment Exchange] (13%):Start to release 3 months after launch on the centralized exchange, it will be linear released within 24 months;