As the current best space for games development, especially blockchain games, the Metaverse, a space that is completely different from the real world, has produced many high-quality game projects.

On XXXX, the first metaverse multi-chain series game Bitcoin Castle will be launched soon. In this game, players can use NFT heroes and artifacts earned by themselves to kill monsters, complete tasks, pass levels, and get corresponding tokens and rare item rewards. Earn income, and realize Play to Earn. 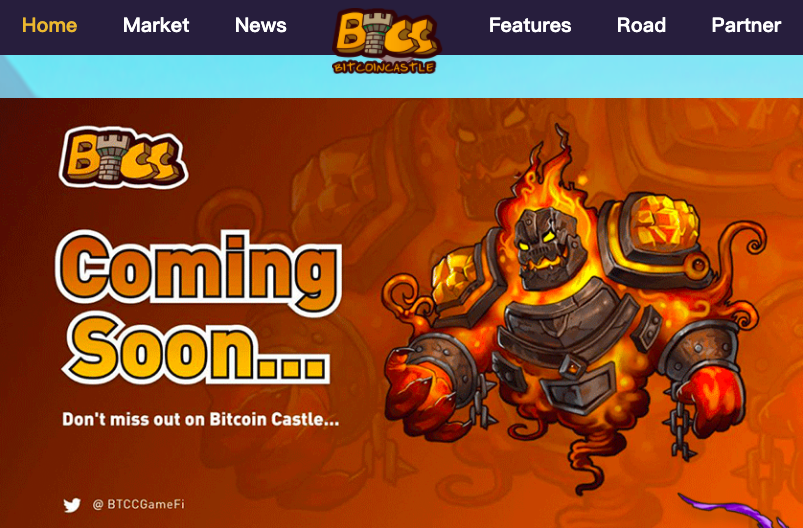 Background of the project

Bitcoin Castle is the first game of the Metaverse original world series game “Bit Civilization”. Through the game mode of match 3 + card battle, it helps players to eliminate enemies, obtain rewards and increase profits in the game world. Its ecology includes Metaverse, NFT, GameFi, digital identity, games created by the community and DAO.

The “Bit Civilization” series are native games in the metaverse world with the background of “Bit Civilization”. Defined and shared by the community through a sustainable economic system. At the same time, both Bitcoin Castle and other games in the series of on-chain games are built on the underlying public chain of the Genesis Metaverse application – Metaverse Chain.

Today’s Bitcoin Castle is still in the warm-up stage. How to make money and equipment in the game, and how to buy NFTs and make transactions outside the game? We will analyze this game from the following dimensions:

2. The specific operation of the game

1. Connect the online wallet and related information on the official website

2. Purchase the tokens required for the game

3. Draw through the purchase of mystery boxes, or trade heroes and artifact NFTs in the secondary market

6. Bind the wallet in the game

8. The drawn and won NFT heroes and artifacts can be traded again in the game market

The tasks in Bitcoin Castle are divided into 4 types: map tasks, plan tasks, daily tasks and exploration tasks. These missions are available for daily participation.

Map tasks: Challenge the PVE level through the combination of NFT heroes and artifact cards, eliminate runestones to damage monsters and defeat monsters. 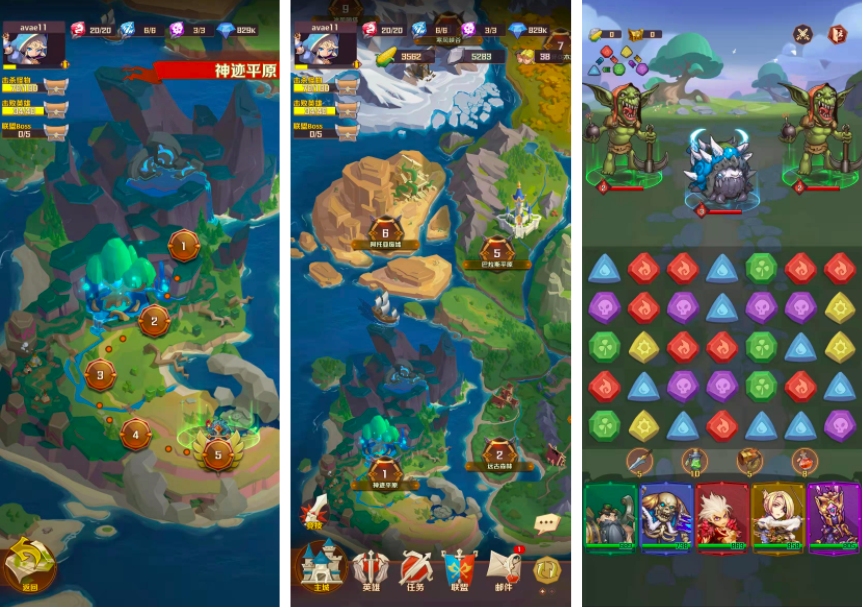 Consumption: The stamina required for the corresponding task

Rewards: Hero upgrade materials, battle props production materials, and plan tasks are all completed to unlock all maps of the main city.

Consumption: The physical strength/materials required for the corresponding task 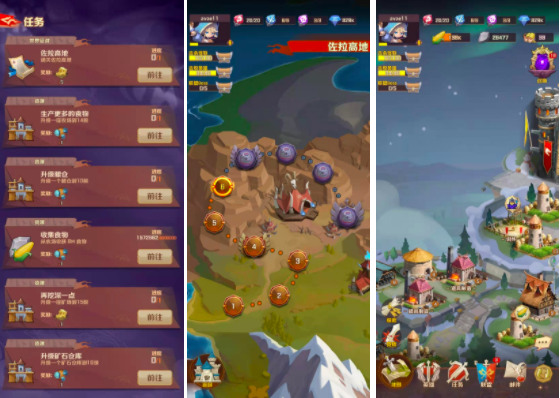 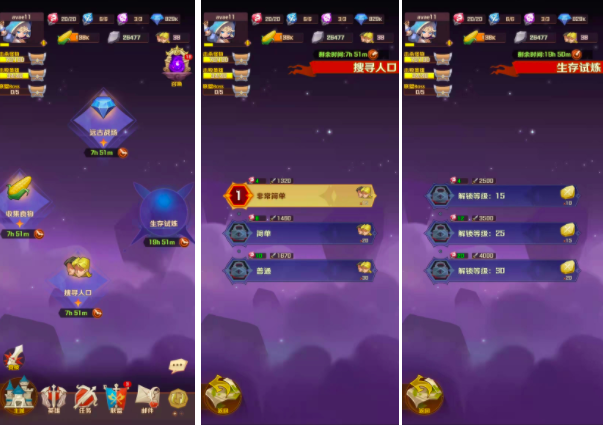 Arena is another important way to get in-game resources, NFT and token rewards in addition to tasks. It is divided into two types: daily battles with global rankings and league battles.

Arena is another important way to get in-game resources, NFT and token rewards in addition to tasks. It is divided into two types: daily battles with global rankings and league battles.

League battle rewards: According to the ranking, players will get different loot boxes, which contain hero upgrades, battle props production materials, talent emblems and other trophies. 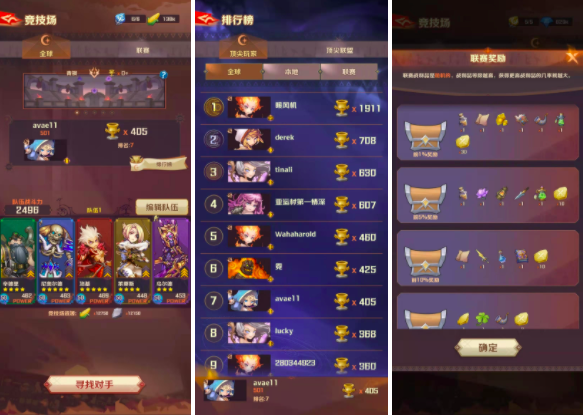 Players can consume ores to build in the main city, and by building different facilities, they can produce and store in-game materials such as ores. The main city and facilities can be upgraded and it will be more productive after upgrade.

Buildable facilities are divided into:

Supplier: Manufacture all kinds of battle props, and upgrade the workshop to unlock more recipes for props

In the game, players can freely create, join and leave alliances. Alliances are divided into two identities: leaders and members. Establishing alliances will consume certain materials, and will also open unique alliance tasks. After completing alliance tasks, the members can get corresponding rewards.

The league as a whole can also participate in the competitive league to obtain more rare materials and rewards.

In addition to the basic attributes, when the hero NFT is upgraded to full level and full stars, the “talent vein” can be opened for further upgrades, and more attributes and skills can be improved.

The talent road upgrade requires the consumption of talent stones. The game material is also an NFT with circulation value, which can be obtained from the chapter quest rewards after chapter 16, or can be purchased in the Bitcoin Castle trading market.

3. How to earn income at Bitcoin Castle?

“All contributors win; all players earn.”

– Game revenue: The process of user participation in Bitcoin Castle is a process of creating tokens. In the game scene, players are guided by the value of tokens along with upgrades, tasks, and battles. , it is possible to generate token rewards and NFT rewards, which are not only value attributes, but also powerful props in the game. The process of NFT circulation is the process of earning tokens.

-Ecosystem construction reward: The process of Bitcoin Castle generating value includes but is not limited to application scenarios. Users can express their ideas and suggestions on the open platform of the Bitcoin Castle community. User activity reflects the user’s active and contribution level on the platform to a certain extent. The level will affect your ecological reward, amount of airdrops and the number of airdrops. At the same time, inviting more friends to participate in the Bitcoin Castle ecosystem, players will also receive additional corresponding airdrop rewards.

-Platform circulation: Bitcoin Castle will be launched on major mainstream decentralized exchanges in the future planning, and will be circulated in the secondary market at the same time, with the development of the ecolosystem, there will be corresponding game alliance cooperation, users can hold transactions or Corresponding financial aggregators to obtain game tokens.