The business scope of HappyIsland meta universe ecosystem covers global digital asset investment users. It has established independent business or operation centers in many regions around the world, and is committed to gradually implementing HappyIsland’s global mapping and completing the integration and development of all-round applications. At the same time, focusing on the investment opportunities of high-quality meta-universe games, and carrying out high-quality project incubation, the aim is to build the most advanced meta-universe chain game ecological platform in the industry in the future. 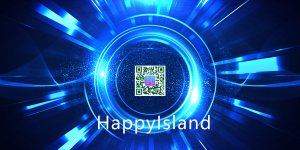 HappyIsland is an open game platform that allows developers to launch game products, and can rely on platform resources to launch a large number of playable and safe NFT games. Become the underlying platform of the NFT game world, serving game parties and players.

HappyIsland’s vision is to create a truly immersive virtual space for users through the realization of the meta-universe. Users can perform various activities in HappyIsland to improve the accessibility and scalability of the game. HappyIsland is a meta-universe game aggregation platform. After passing the inclusion criteria of the HappyIsland platform agreement, it will be included in the candidate game list, and will be released on the HappyIsland game platform after being approved by the community.

Achievement system: Every player who enters HappyIsland can gain identity by playing the game of HappyIsland, and get different achievement rewards.

Aggregation system: HappyIsland continuously participates in the incubation of new projects, and combines its strong development strength to launch explosive games. Break through the barriers between the game and the game. For example, the items in game A can be exchanged for clothing in game B through the aggregation system, and finally realize the integration of all games on the platform through HappyIsland, and realize the free circulation of HLD.