F1, FIA Formula 1 World Championship, is the highest level annual series of field racing competitions held by Fédé ration Internationale del’Automobile (FIA). It is the highest level of racing competition in the world. It is called “three major sports events in the world” together with the Olympic Games and the World Cup. FASTRACING is the world’s first metaverse racing game. It is developed based on BSC public blockchain and integrates panoramic VR technology, genuine F1 standard track and limited edition racing NFT, PVE and PVP multiple competitive modes. It will bring players an immersive racing experience and earns huge profits. FASTRACING has received the attention of many head blockchain game organizations. At present, Animoca Brands, Spartan Group and Infinity Ventures Crypto have led the investment. The funds raised will be used to implement a long-term strategy and continue to develop new tools and functions to help the guild owners manage. 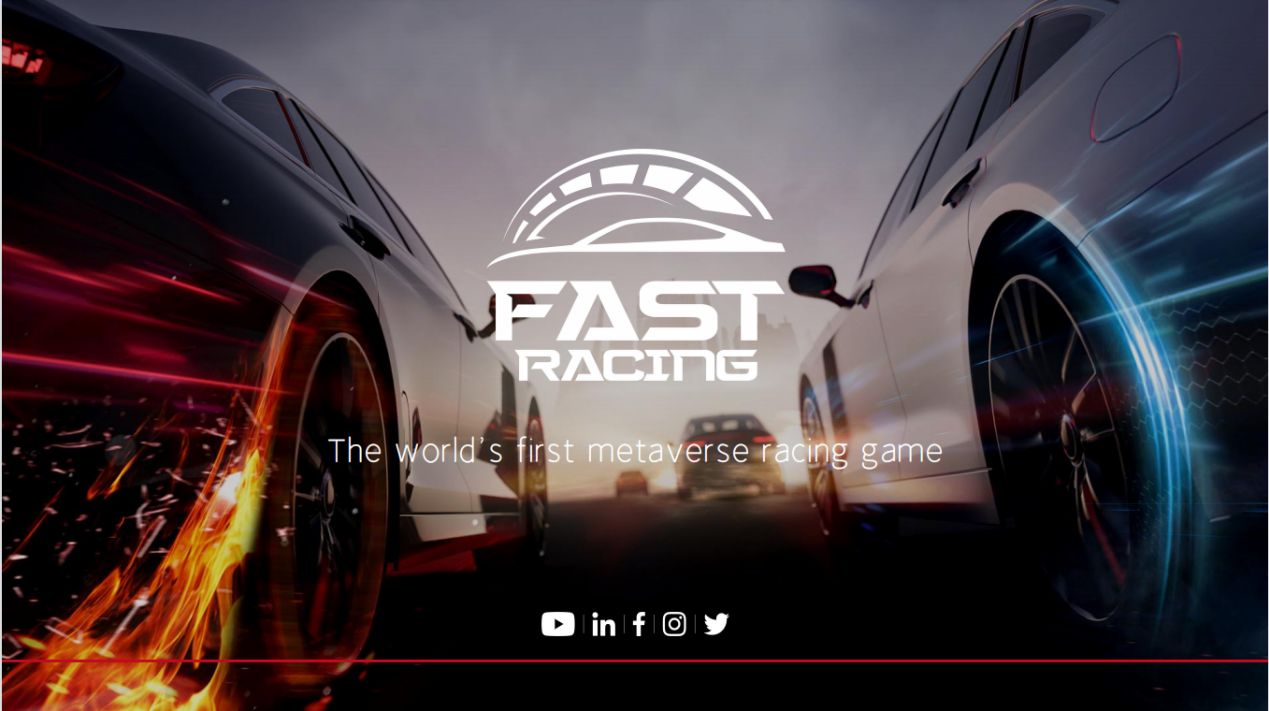 With the dimensionality reduction effect brought by science and technology, FASTRACING has turned the cash-burning racing competition into a way of daily leisure and entertainment for ordinary people. The era of national racing has come.

2. Playability bursting, and various mechanisms of FASTRACING doubled the fun of players

The new technology brings fresh sensory experience, and the playability of the rules of the game itself is the key node to determine the final success or failure of the game. Many innovative mechanisms of FASTRACING in the game will refresh players’ imagination of racing games.

Competitive mode of PVE and PVP:

In the PVP competitive mode, players compete in a speed duel. The winner will gain experience accumulation, airdrop reward and ranking reward, so that the competition between players is full of passion. Every PK is fighting for honor and reward. 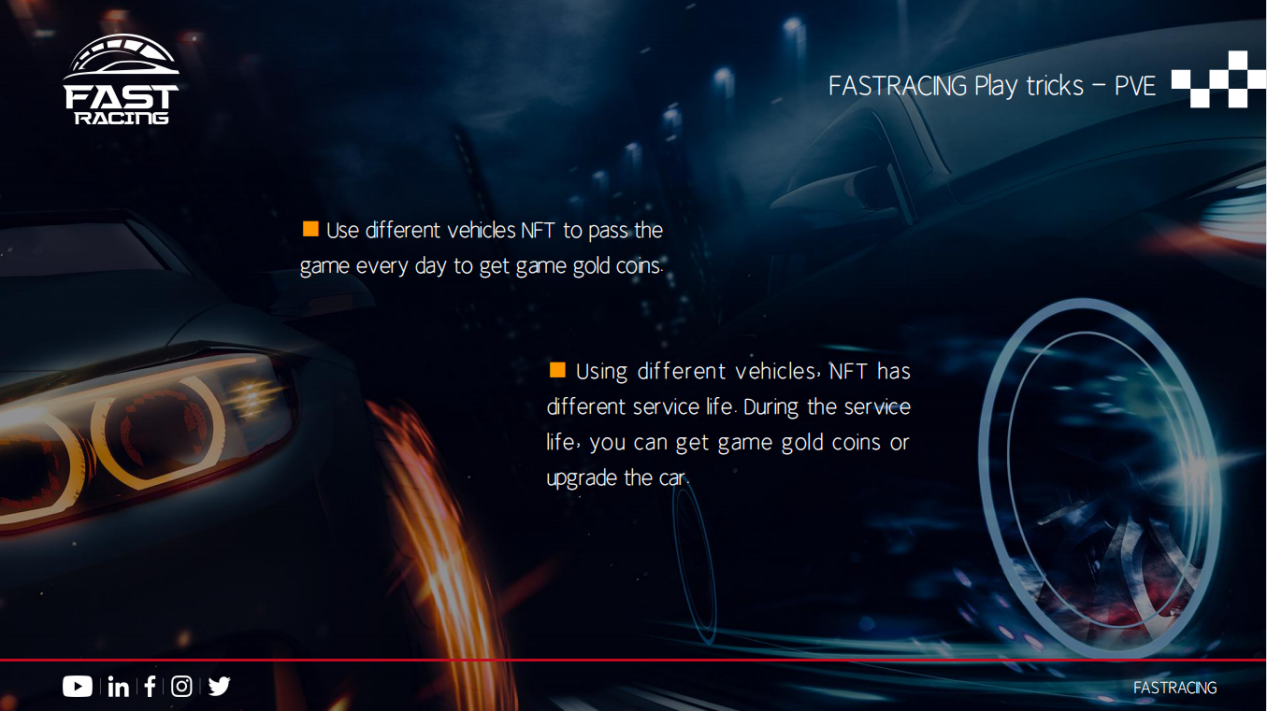 In the PVP competitive mode of FASTRACING, the duel between players will form a record. The players with high winning rate and many games will get a higher ranking. The top players will have the opportunity to get the reward of settlement airdrop and ignite the enthusiasm of confrontation between players.

FASTRACING has set a limited number of bonus eggs in the game. By collecting keys to unlock bonus eggs, it has obtained global limited super cars.

The integration of NFT and other blockchain technologies makes the game mechanism of FASTRACING more flexible, and more game mechanisms are waiting for users to explore online.

3. FASTRACING advocates a new concept of Play for fun Long to earn

FASTRACING fully integrates the concept of Play for Fun Long to Earn into the game. F1 token is used as the medium between the game and the real economy, so that players can participate in the game, not only obtain a pleasant experience, but also have rich economic returns.

FASTRACING sets that 70% of NFT is produced by players through games, and F1 is obtained through game coins exchange. F1 can be directly converted into physical assets, and players get economic returns when they get F1.

FASTRACING, which owns F1, has achieved the goal of allowing players to get long-term new benefits in the process of playing games, which is a major reform of the global game industry. FASTRACING is expected to make a large number of loyal players be rich in 2022 through racing. 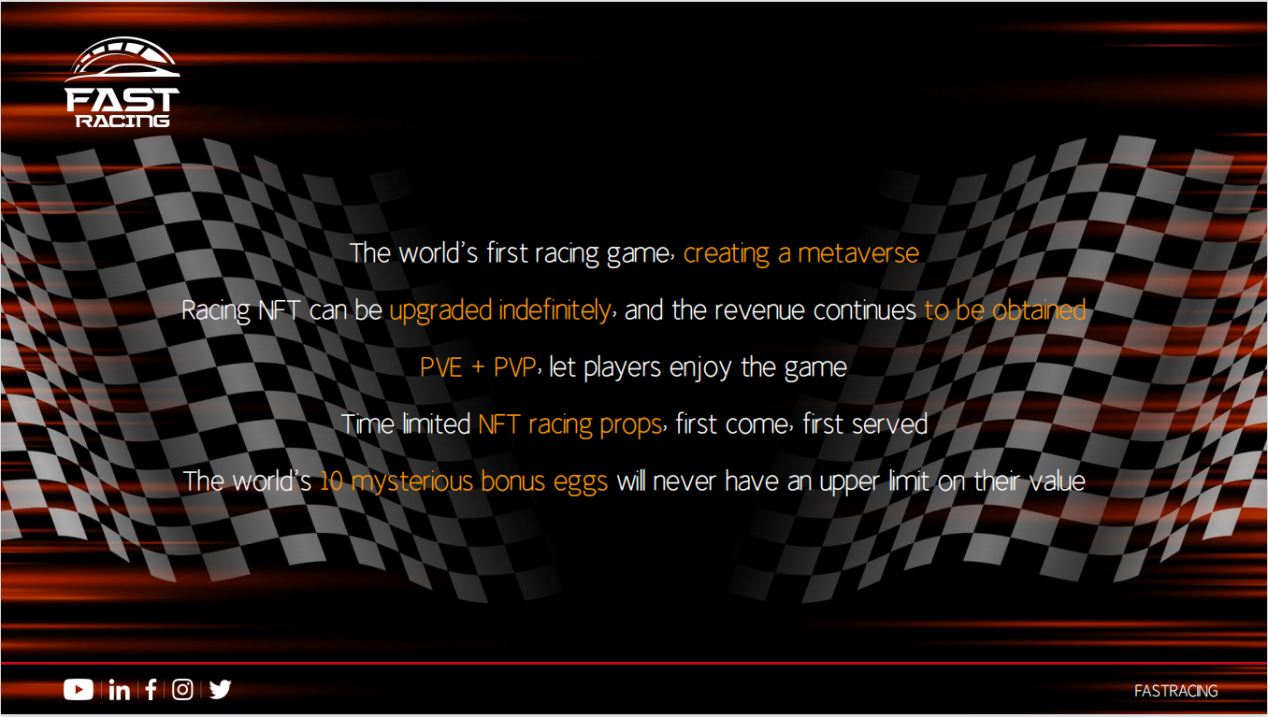 FASTRACING is about to go online globally synchronously. Whether it is out of longing for luxury cars competition or for considerable economic effects, FASTRACING is undoubtedly worth trying. It is the first phenomenal product in 2022. It must be the wisest choice to embrace it tightly. Let’s expect FASTRACING to step hard on the gas and speed up coming to us.